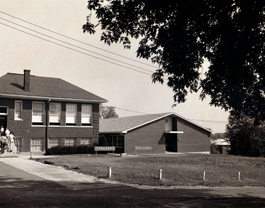 In 1967, the second major building expansion occurred with the building of the 200 building, or The Geiman Connector. This was an addition of four new classrooms, which included a new science lab, adjacent to the previous 3 classrooms built in 1961. 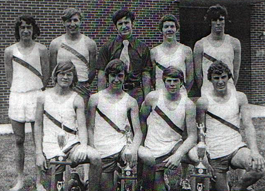 In 1992, Bishop Brossart High School became an accredited high school through the Southern Association of Colleges and Schools and continues to be the organization we are accredited through as are all schools or our Diocese of Covington. 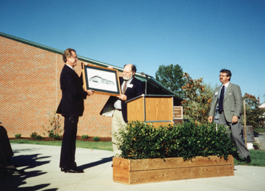 In 1995 saw the next addition to our campus with the opening of the 2 story, 15-­classroom Crouch Center. This year also saw the end of the original school building, built in 1922, as it was torn down as part of the addition. Also in 1995 we saw Ms. Dorothy Muehlenkamp established first of four Charitable Remainder Trusts that provide annual tuition assistance scholarships. 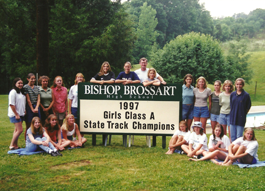 Our girls track team took our schools athletic traditions and took them to a new level in 1997. The girls team won their first of 6 consecutive state titles. From 1997 through 2002 our girls won the title under Dave Schuh’s leadership.

The year 2000 was another exciting year to be a Mustang. In March of that year something that most never thought they would see occured. Our Bishop Brossart Mustangs boys basketball team won the regional tournament and played in the Boy’s Sweet Sixteen tournament in Rupp Arena. Not only did our boys play, but they won their first game before losing in the Elite Eight. In 2000, we also saw the expansion of our campus with the purchase of the former Alexandria Firehouse. 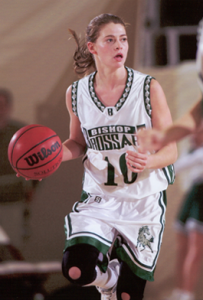 Not to be out done by our boy’s basketball team, our girl’s basketball team in 2001 also won the 10th region basketball title. They advanced to play in the girl’s sweet sixteen tournament themselves. That year we also had an unbelievable feat accomplished when Katie Schwegmann was named Mrs. Kentucky in basketball. This is the highest honor given to the top player in the entire state of Kentucky.

2008 saw BBHS take steps into our future with the purchase of 25.5 acres of land at the beginning of Gilbert Ridge Road in Alexandria. This land will hold the future athletic complex which will include a football/track/soccer stadium and baseball and softball fields.

In April of 2013, a groundbreaking ceremony was held for the latest expansion of our campus.  In August of 2014, students began the school year using this most recent expansion which included the Munninghoff Family Performing Arts Center, St. Francis of Assisi Chapel, Library, offices, and other new facilities.

In April 2016, the new addition was named the Wilfred H. Neltner Center as a sign of o

ur appreciation of his gift to help make the addition a reality.  In the fall of 2017, we began to see the future athletic complex, the Mustang Athletic Complex (MAC), become a reality. The Fall of 2019 was our opening of the MAC as we hosted Girl’s Soccer, Boy’s Soccer and Football all in the same week.  The Spring of 2021 allowed us to host our very first Track and Field meets at the MAC.